​Could a large billboard without advertising, completely white, ever tell us a story, before this troubled 2020? Would the Camparino bar In Galleria, deserted, with three standing waiters, motionless like statues, help us in representing the “Drinking Milan” era, that one of business concluded before sumptuous and crowded aperitifs? And again: would the faces with an expression halved by a surgical mask communicate the anguish of an entire city captured by an outbreak? A prisoner and masked population, with their heads down, with “suspended” postures in a timeless time seems to wonder - in this  photographic series - on the possibility of reopening the face to the smile and to the future “that will be different” (it is said around! ). And Diego Bardone, here, managed to tell us the sense of a historical moment characterized by an invisible enemy and the expected victory over it. “That life resumes, with all the dirty work for the progress we have to make! ...” seems to indicate a worker leaning on a ladder that could climb - out of frame - up to the firmament. (Text by Francesco Tadini) 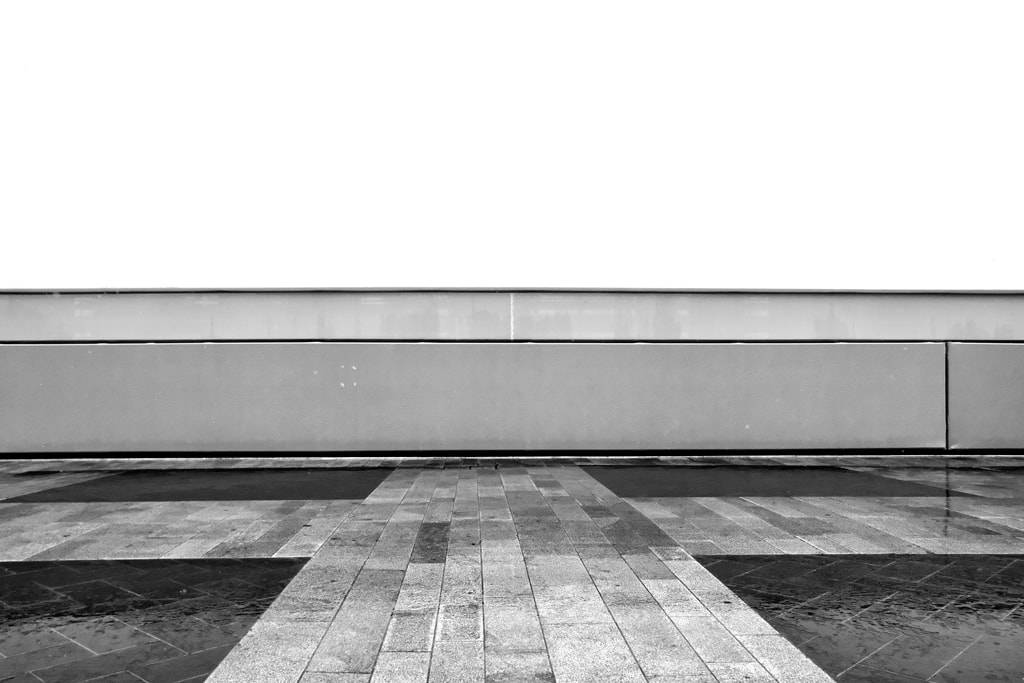 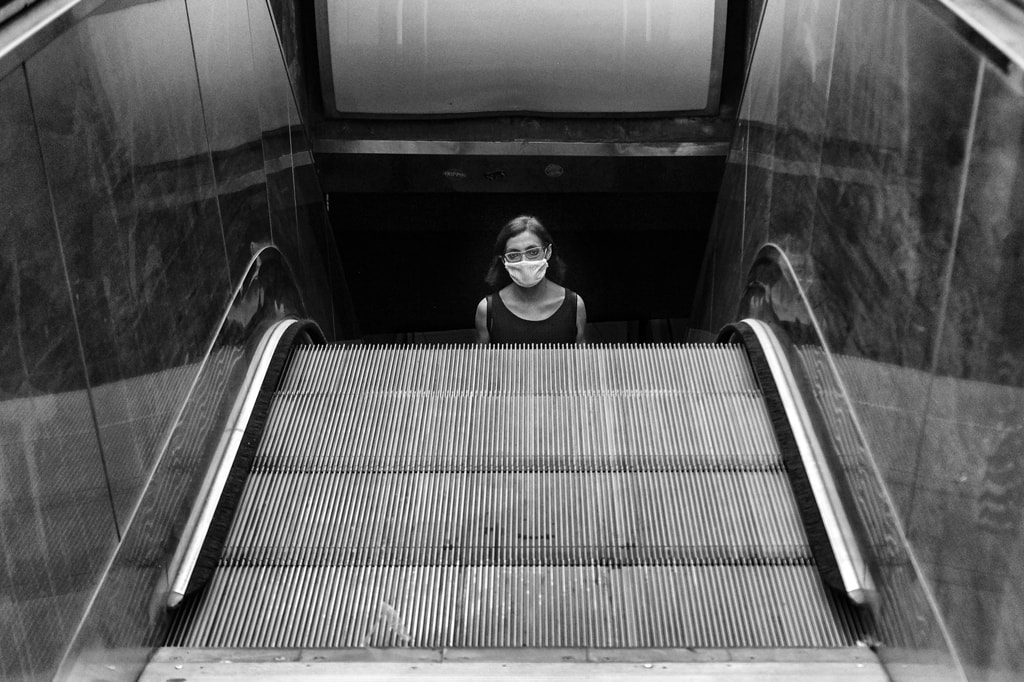 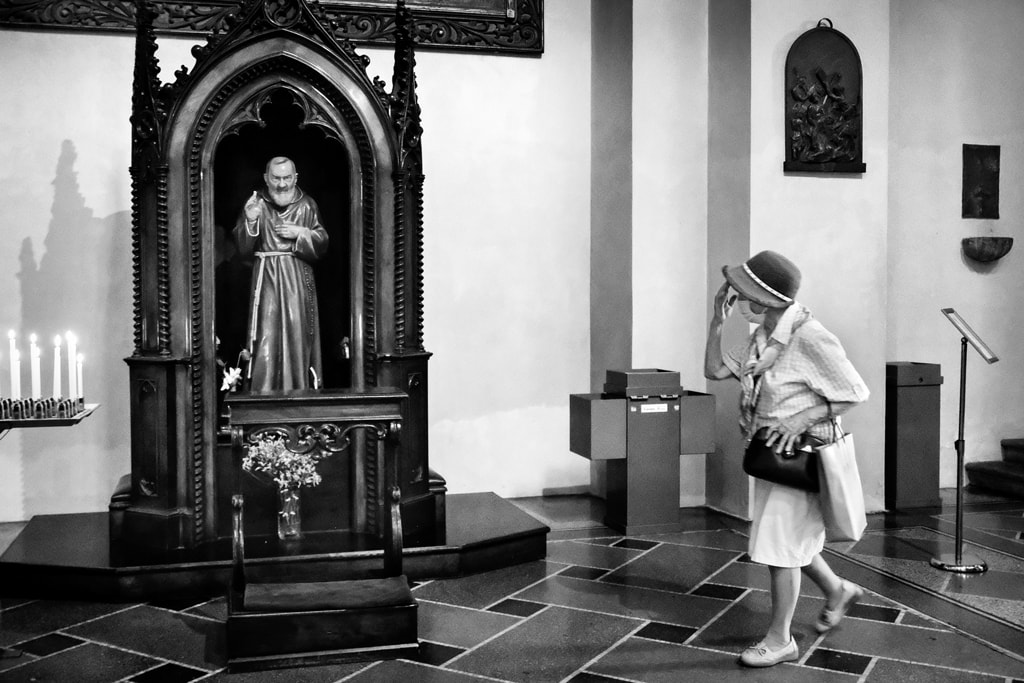 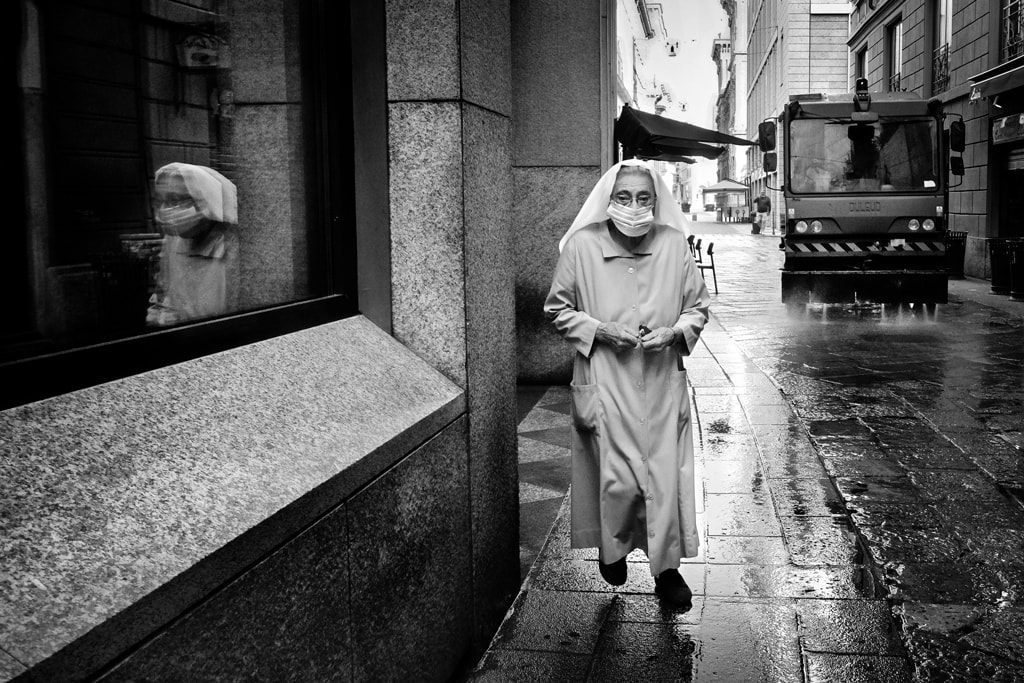 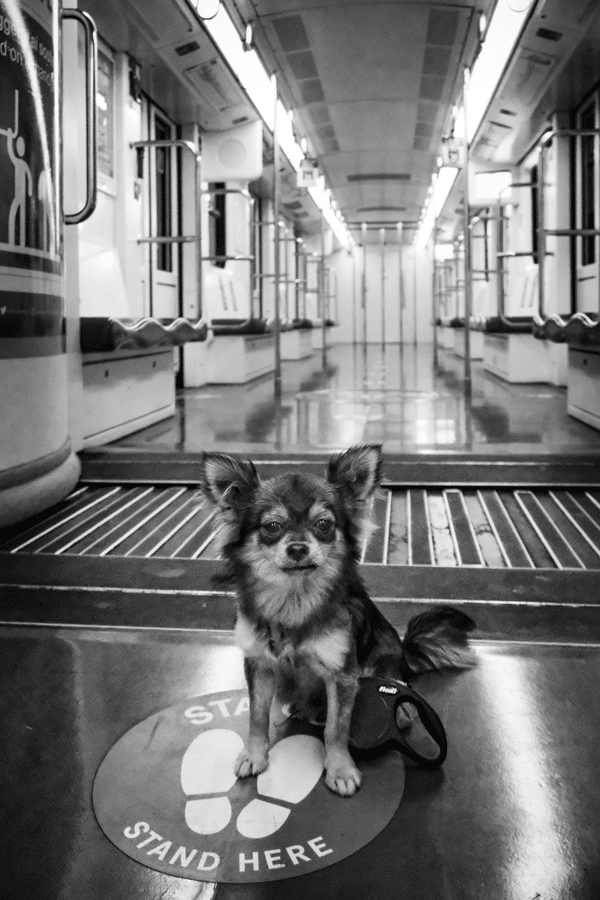 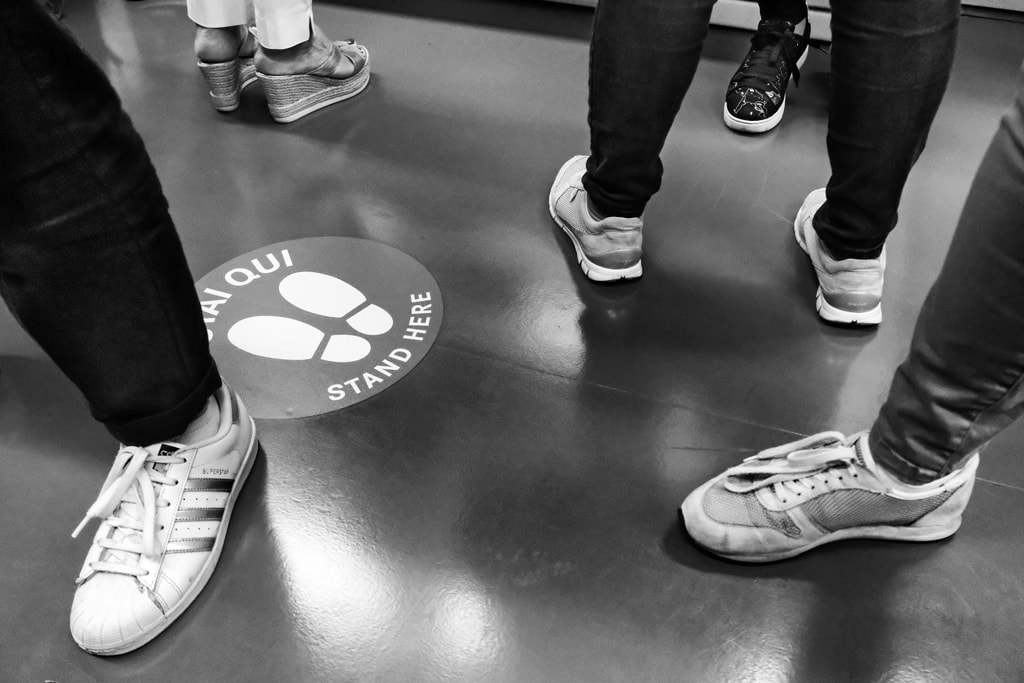 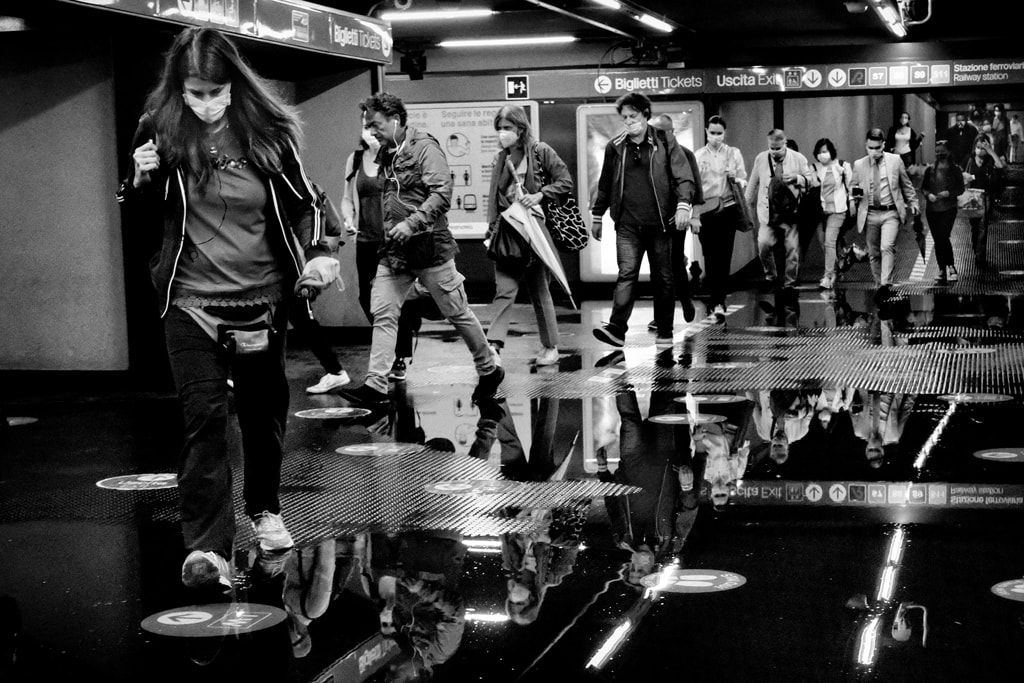 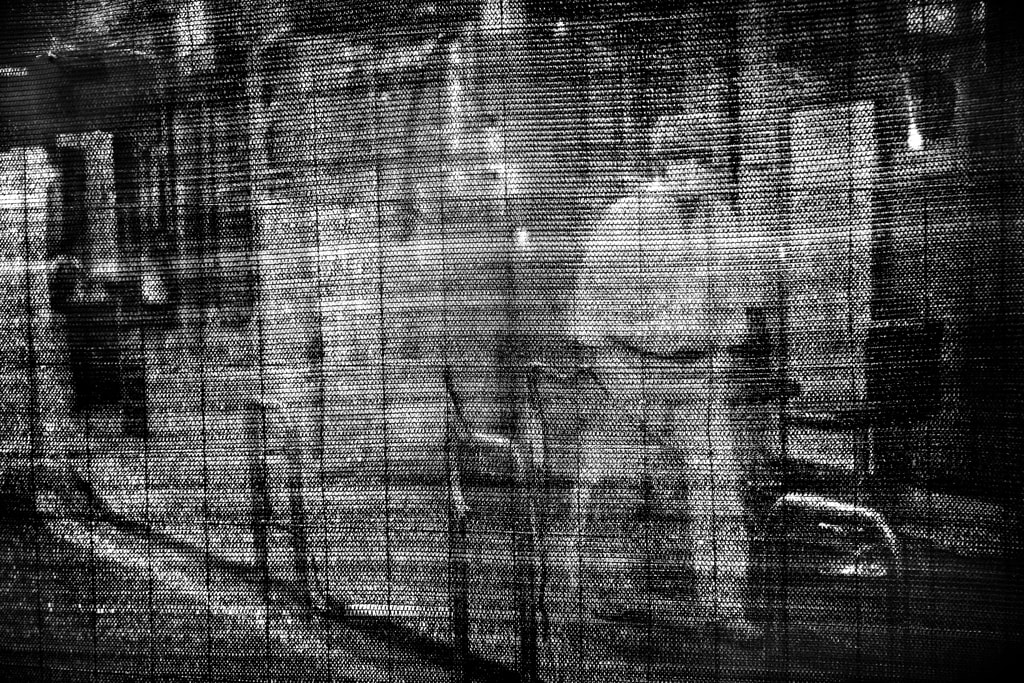 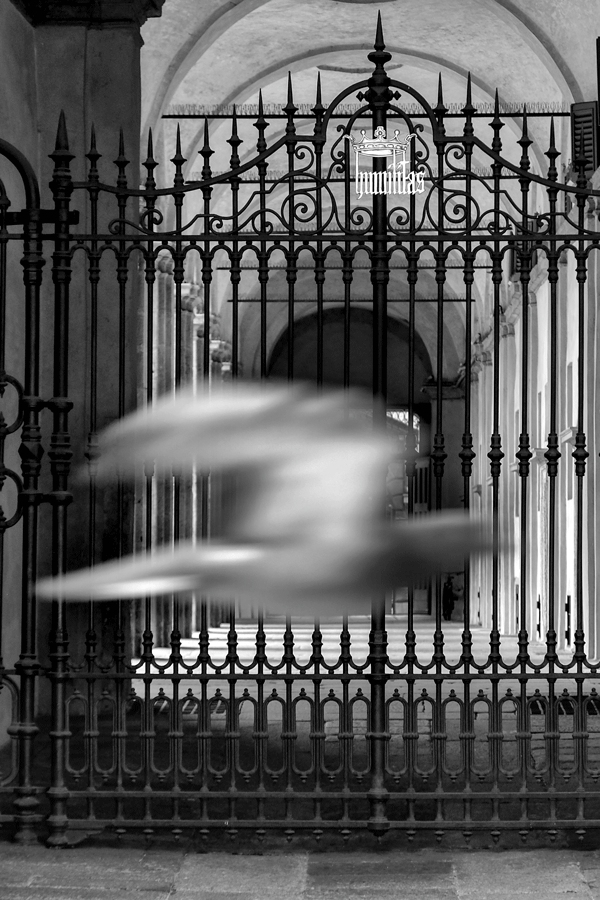 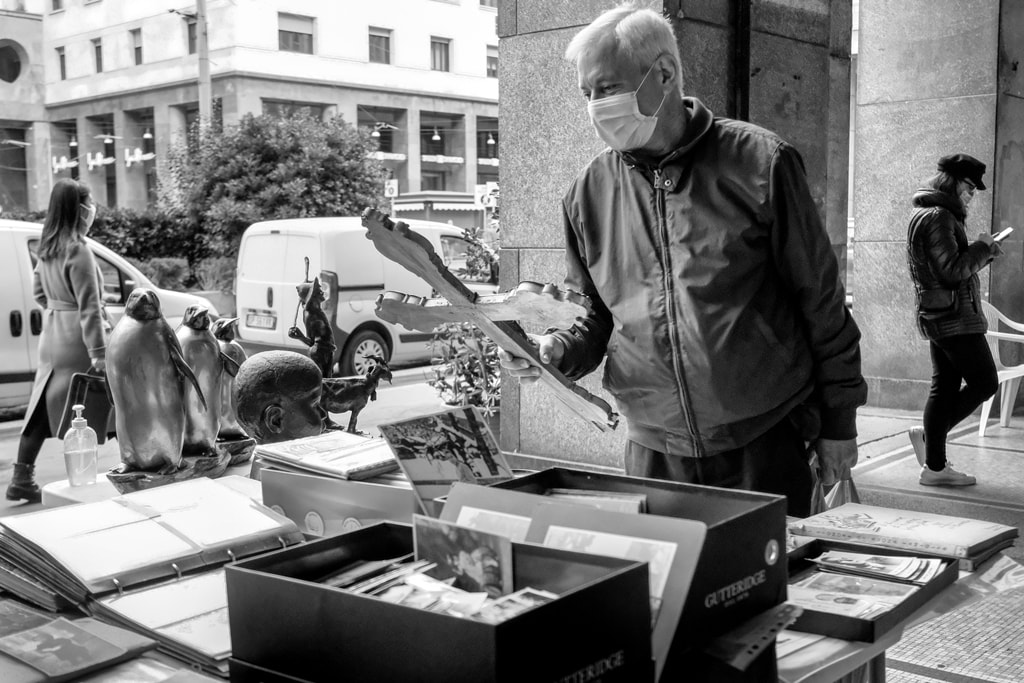 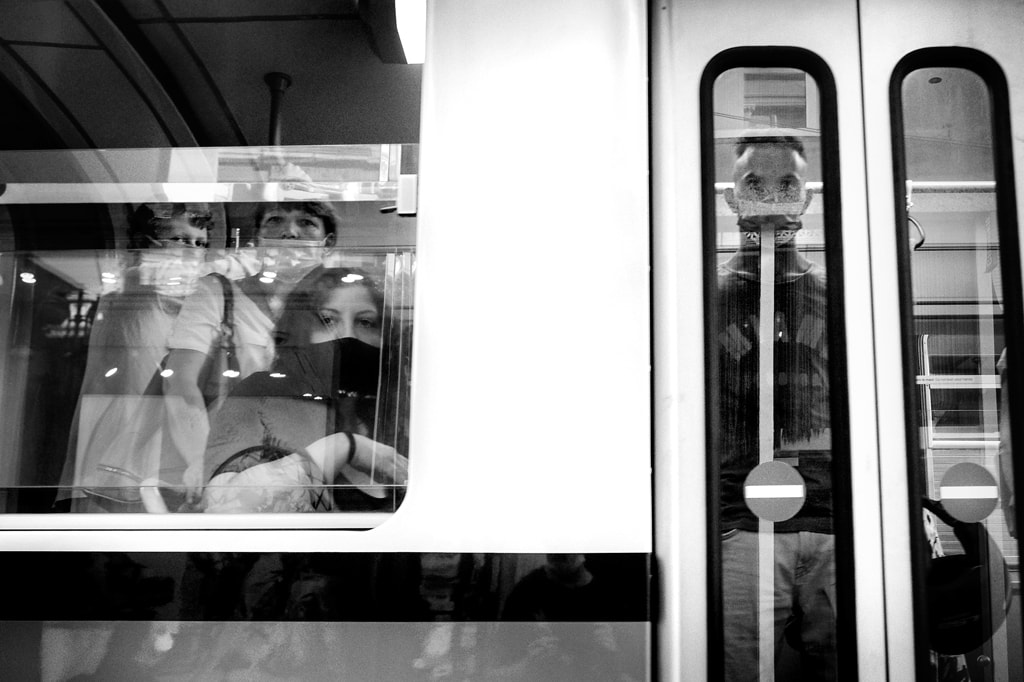 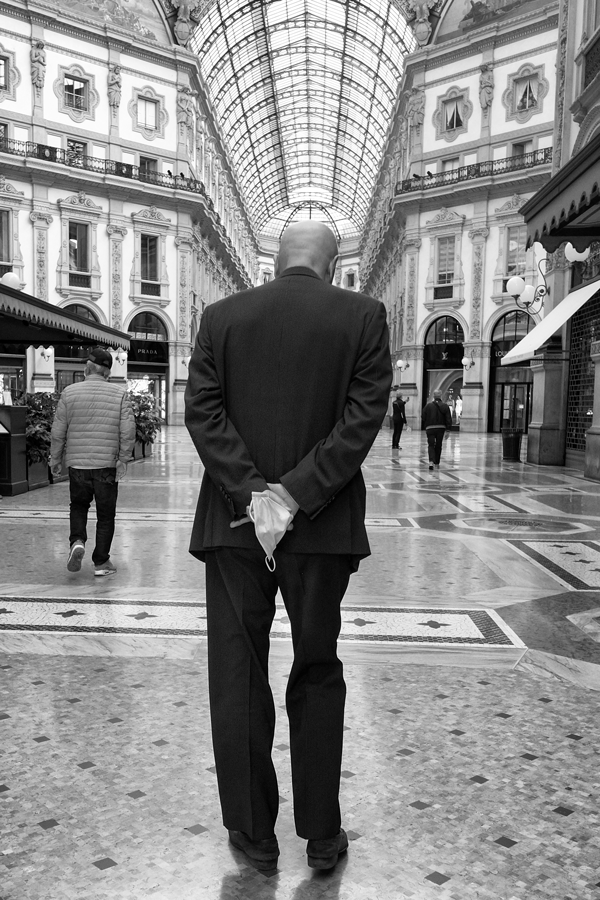 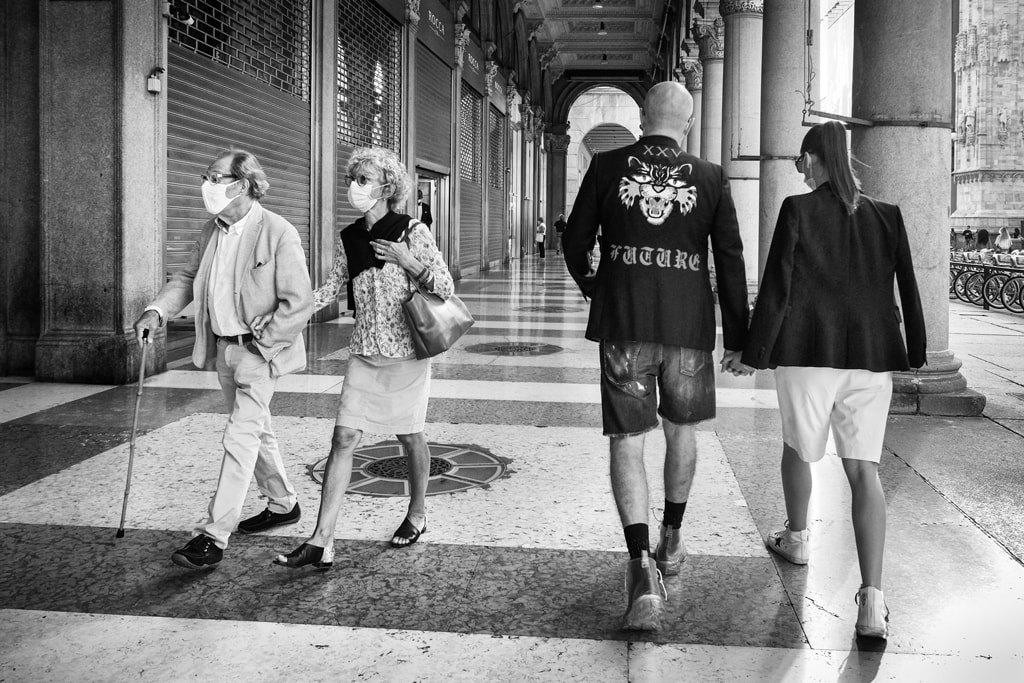 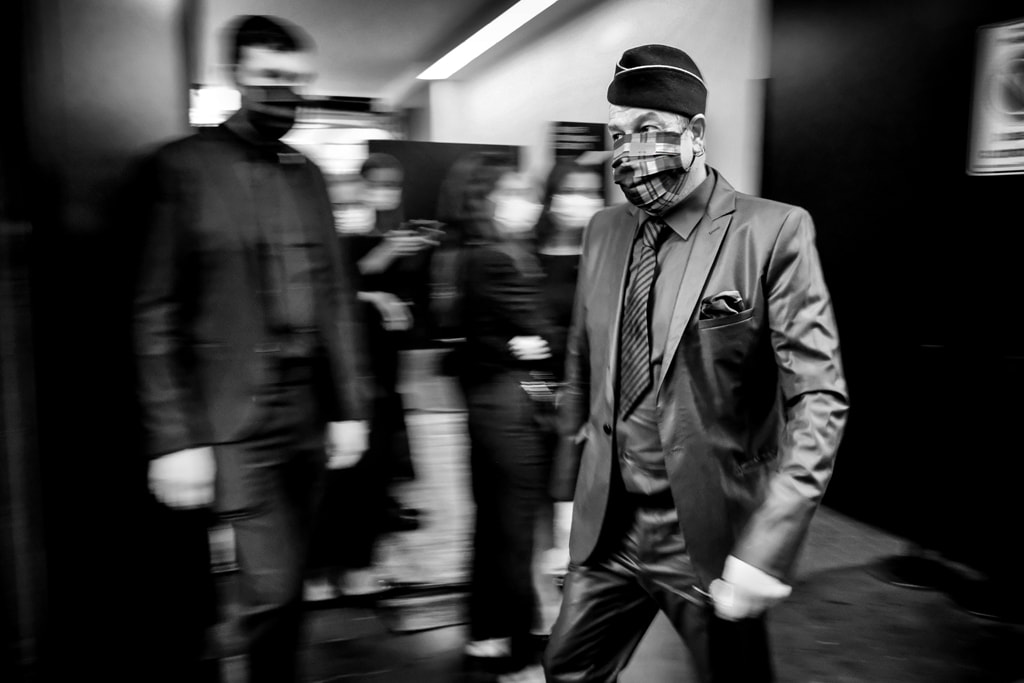 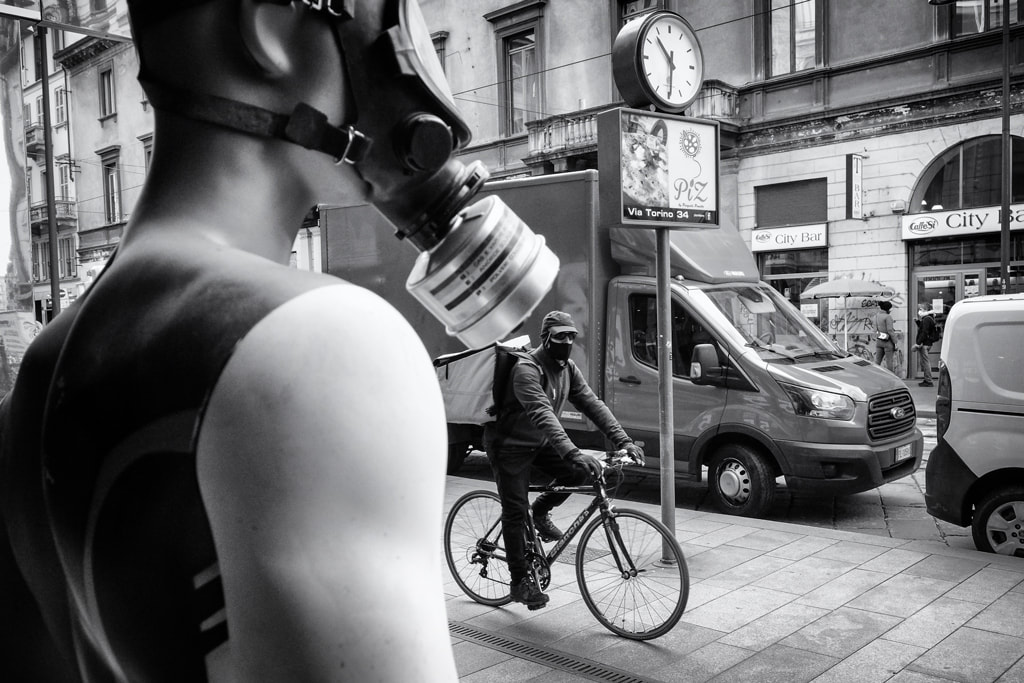 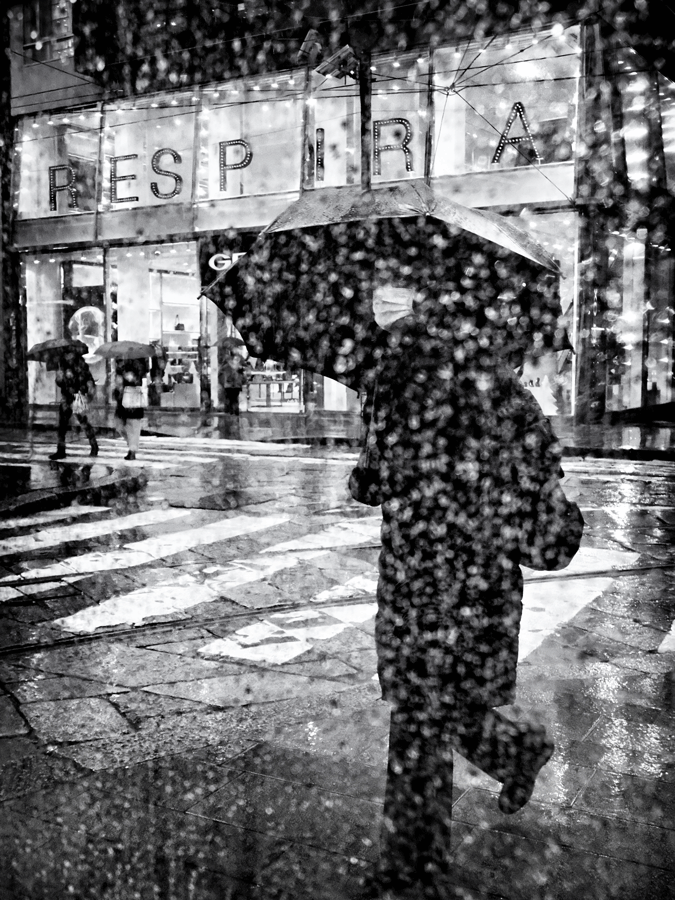 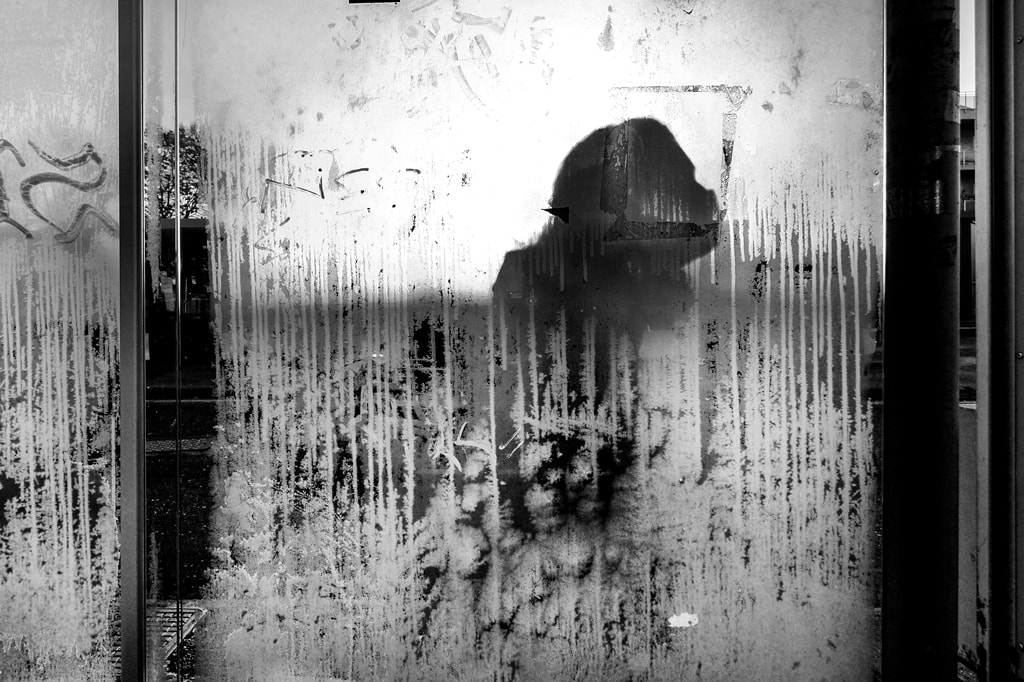 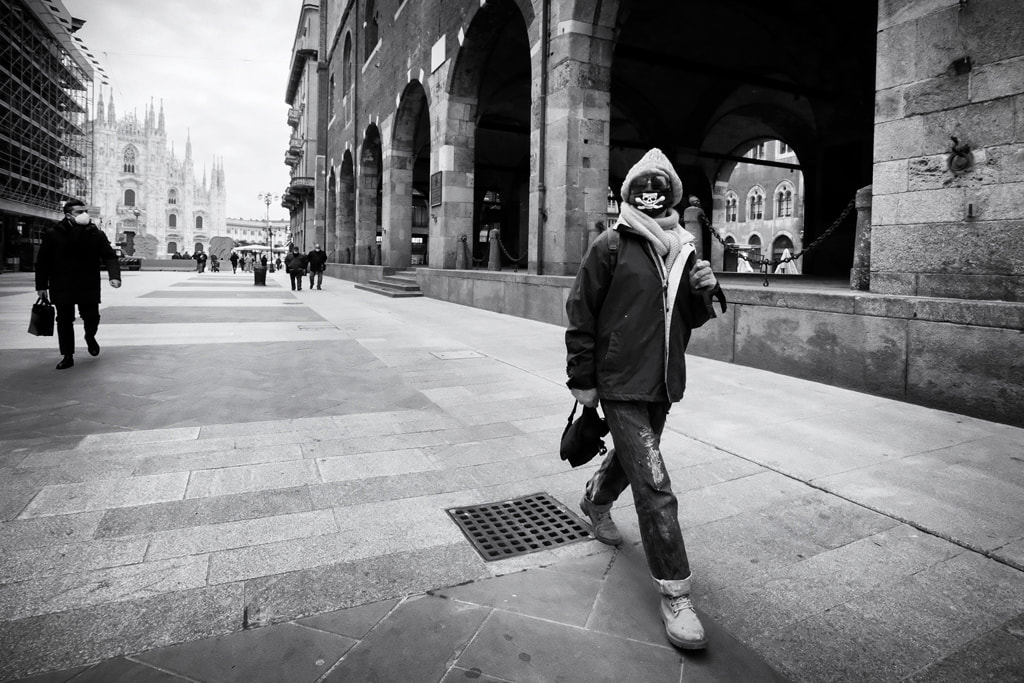 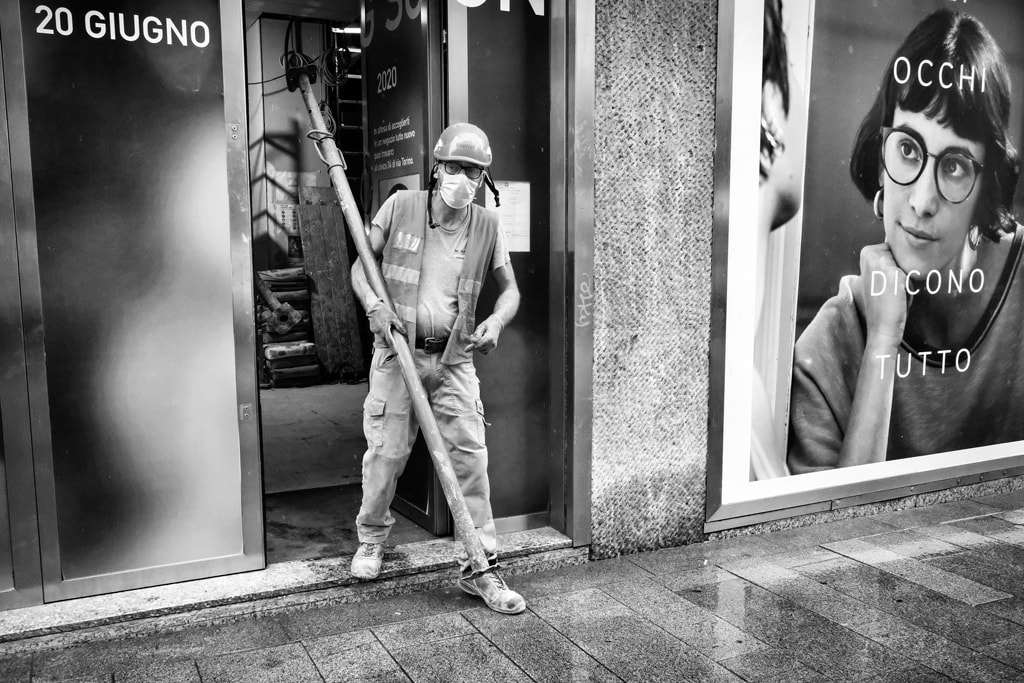 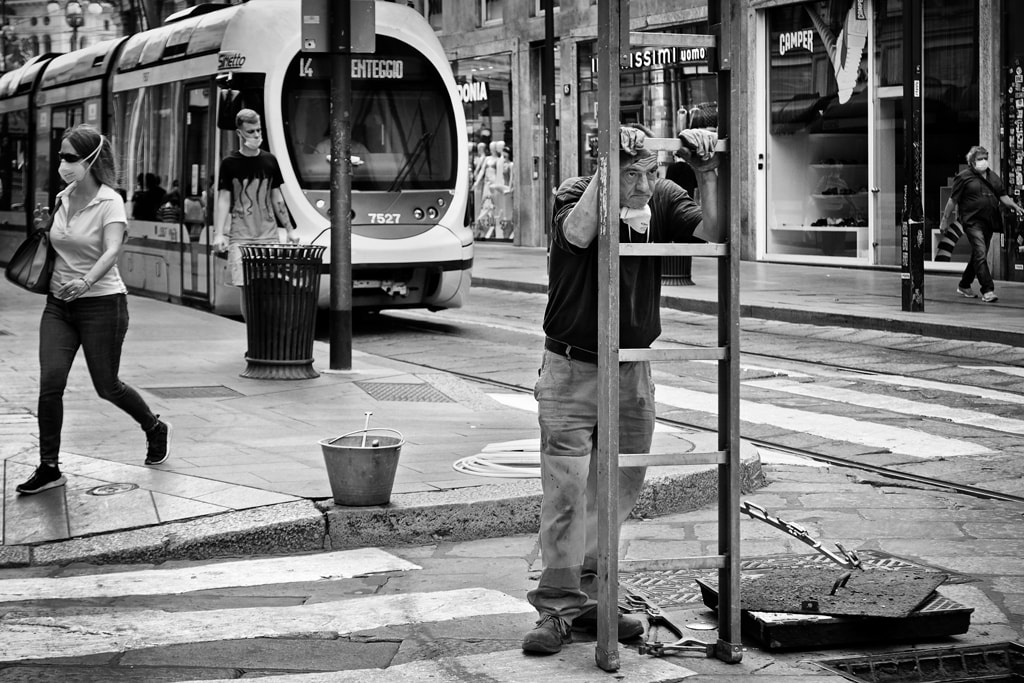 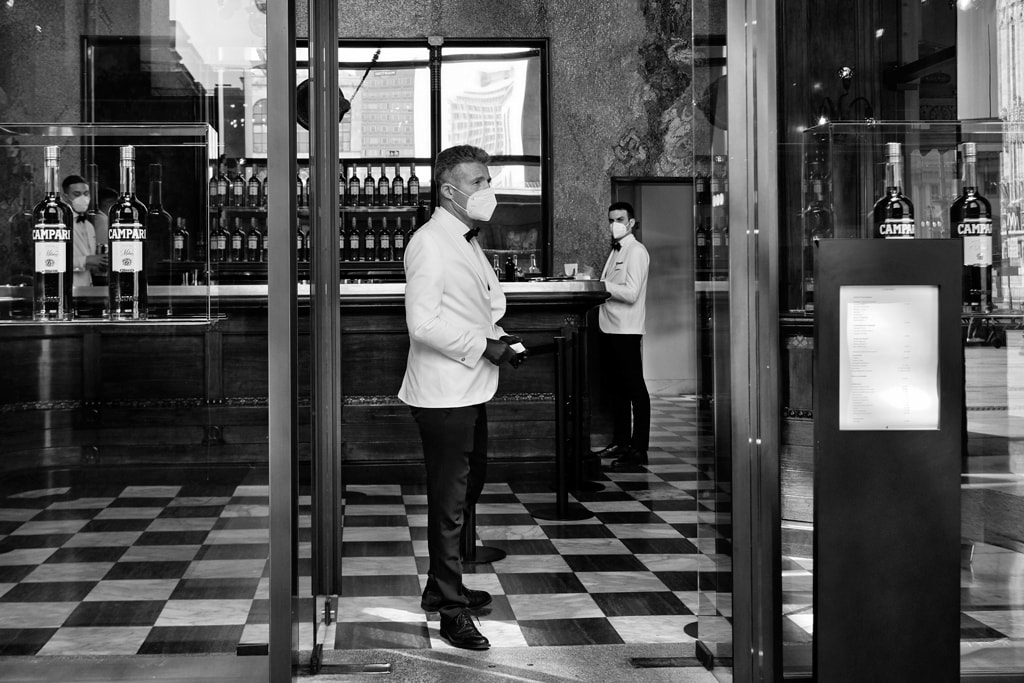 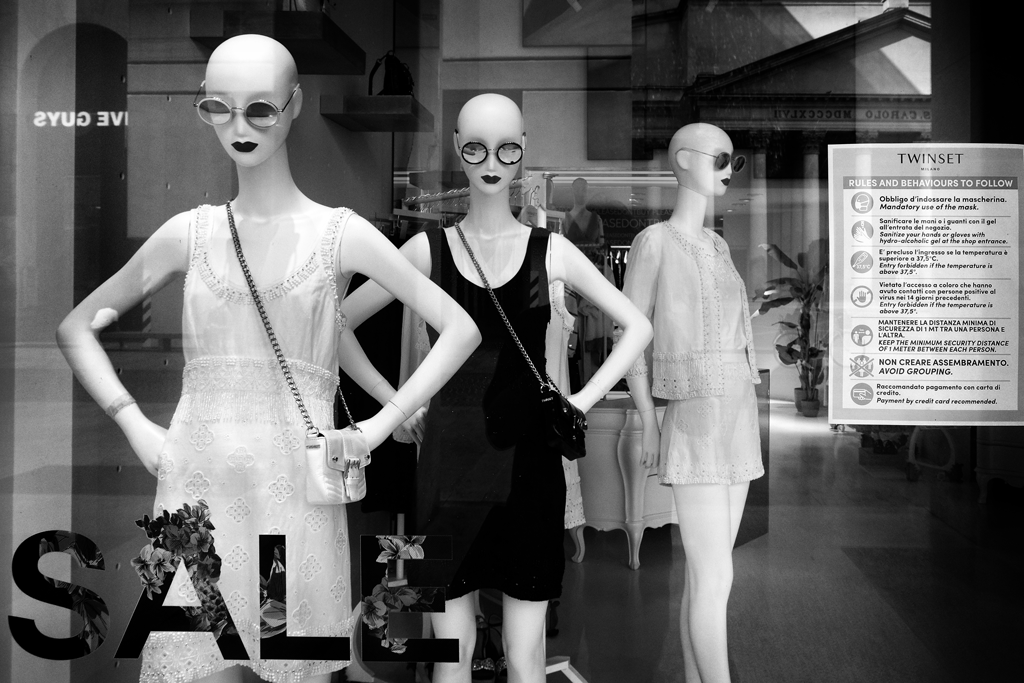 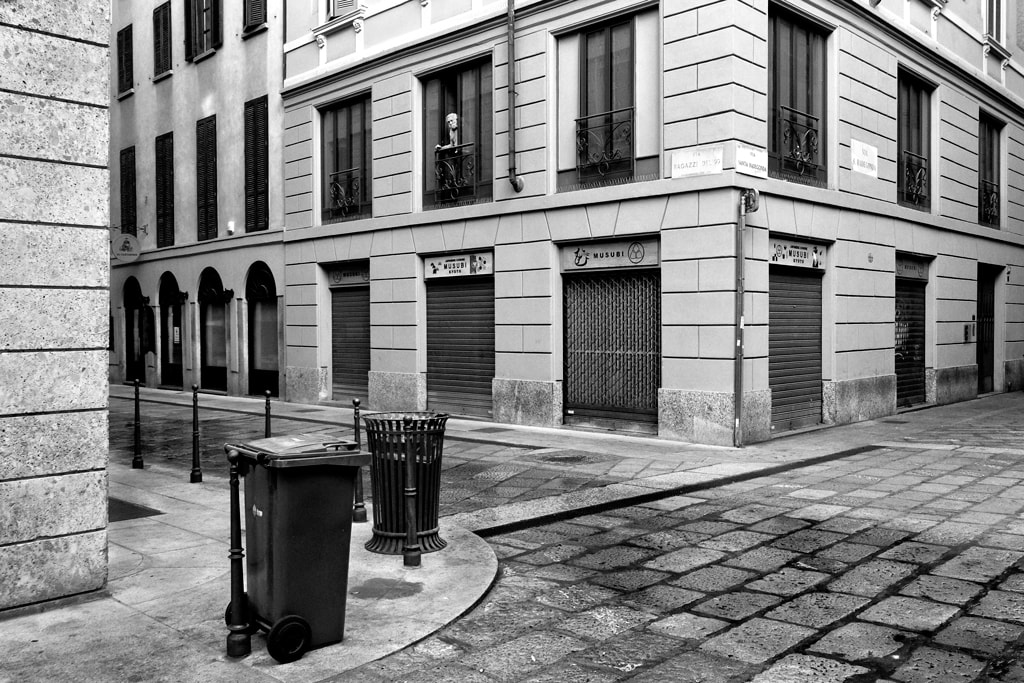 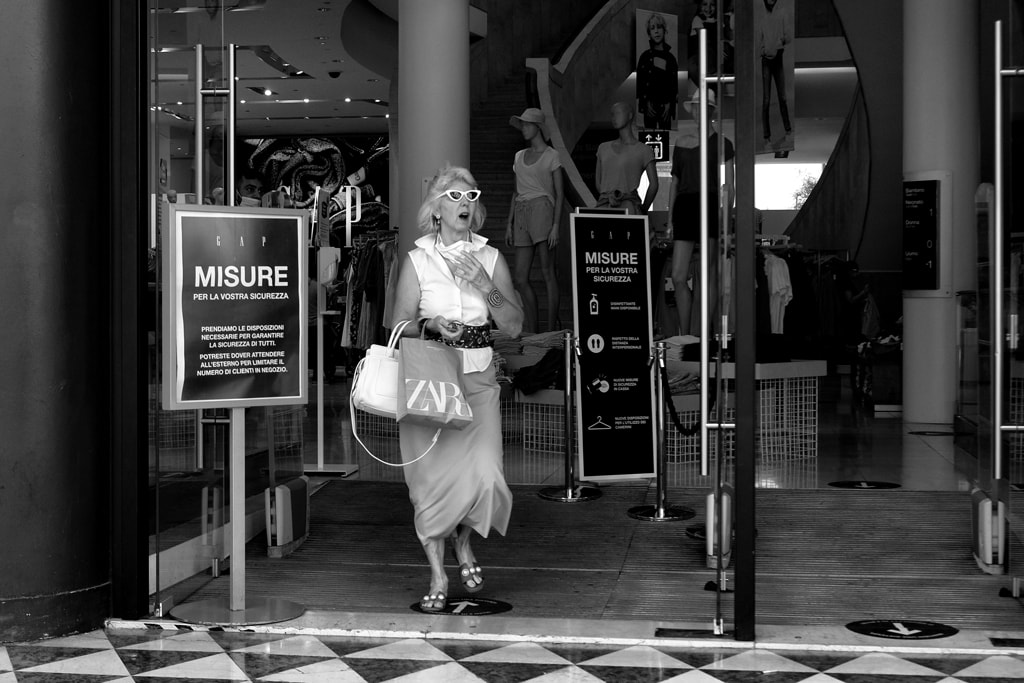 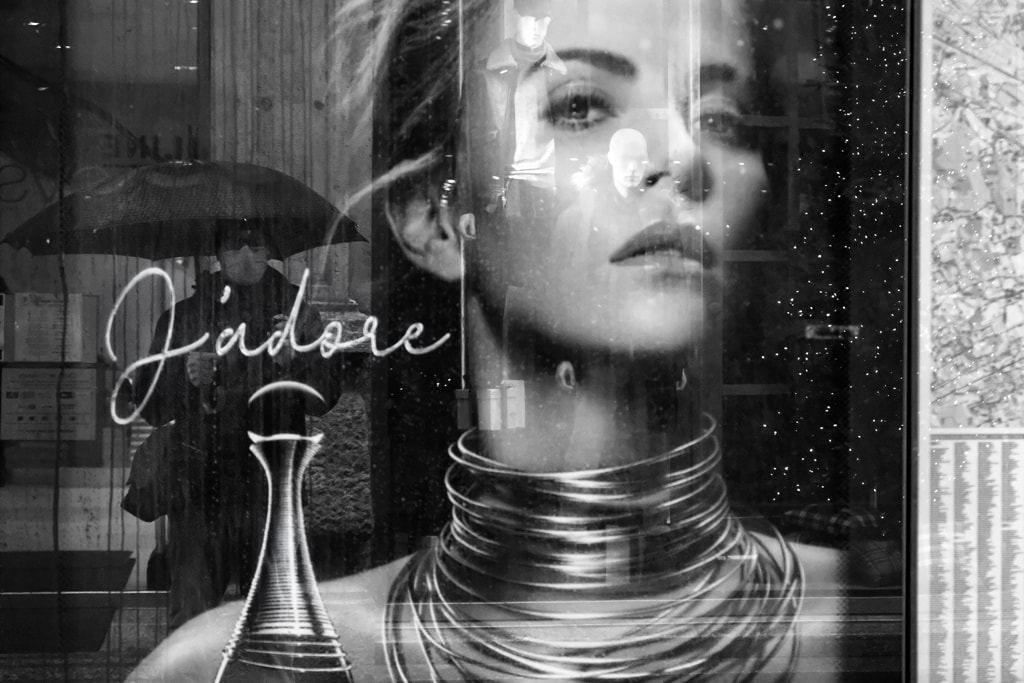 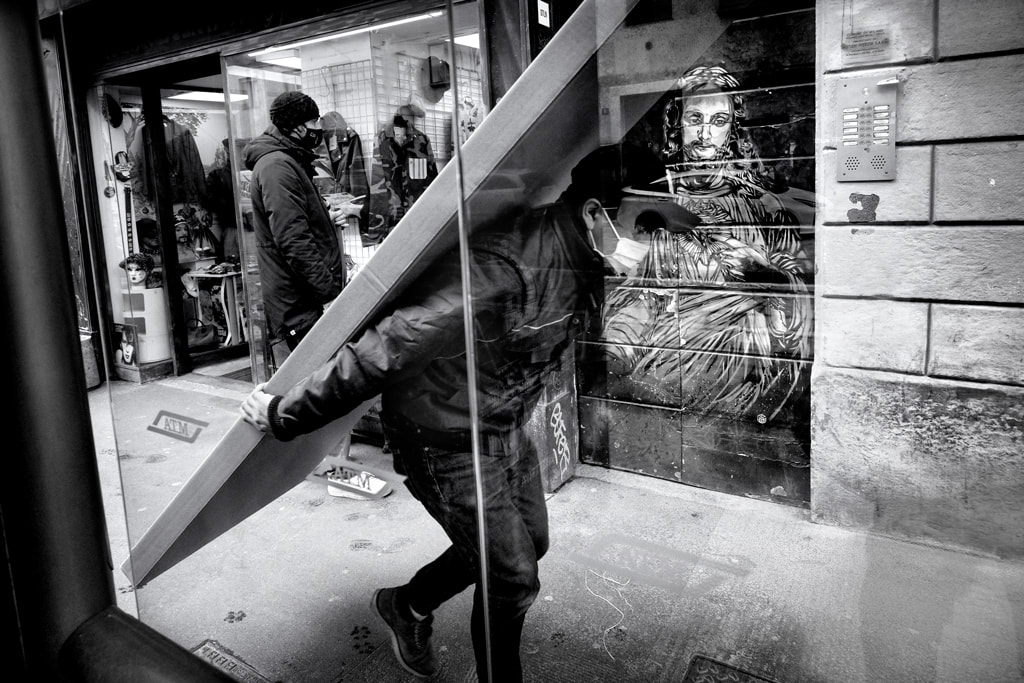